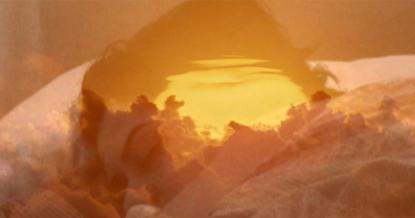 Rouzbeh Rashidi (born in Tehran, 1980) is an Iranian-Irish filmmaker. He has been making films since 2000, at which time he founded the Experimental Film Society in Tehran.

Rashidi has always worked entirely away from mainstream conceptions of filmmaking, striving to escape conventional storytelling stereotypes. Instead, he roots his cinematic style in a poetic interaction of image and sound. He generally eschews scriptwriting, seeing the process of making moving images as exploration rather than illustration. His work is deeply engaged with film history, and primarily concerned with mysticism, philosophy, esotericism, cosmology, phenomenology, and hauntology. The films are wildly experimental and often surrealist, magical realist, and mysterious, and have been associated with the Remodernist movement. They are unified by his oneiric imagination, idiosyncratic working methods, and the dreamlike experience of watching them.

The Homo Sapiens Project (HSP) is the distillation and, in some ways the culmination, of my experimental film practice. I have always been committed to making deeply personal, formally experimental work that collapses the boundaries between alienated subjective perception and the inexhaustible mysteriousness of the moving image. I view cinema (in the broadest sense of the word) as a laboratory. My audio-visual works are experiments in which my perception and inner life are employed as a ‘reagent’. My work begins with sound and image and works intuitively ‘outwards’ towards ideas. I generally eschew scriptwriting, seeing the process of making moving images as exploration rather than illustration. My work is deeply engaged with film history and personal life, both as an artist and individual.

This special edition of HSP was specifically curated for the Kinoskop - Festival. It reflects the unsettled, mysterious, formally challenging and paradoxical nature of the series. It covers a decade of cinematic experiments from its inception in 2011 to the present day.